The Institute of Indian Studies (Institut d'Études Indiennes, IEI) was founded on June 13, 1927 by Émile Sénart. It was originally part of the University of Paris. Like the other Far East Institutes, it was incorporated into the Collège de France on January 4, 1973. It was initially created to centralize teaching in Indian studies, previously dispersed across several faculties, and to create a library with improved working conditions for both students and professors.

The library, which has benefited from numerous user donations and significant funding from the Collège de France, now houses a collection of over 85,000 volumes and periodicals (450 titles, including 50 current journals) relating to the indian world (Indianized Central Asia, Afghanistan, Pakistan, the Indian Republic, Nepal, Sri Lanka): Sanskrit texts, Indo-Aryan languages and languages from the Indo-Iranian border, Tamil texts, philology, linguistics, political and religious history of classical India, and more. There are also approximately one hundred manuscripts, a small number of works of art, well catalogued scientific archive collections (S. Lévi, L. Renou, P. Reichert, G. Fussman), a map library containing approximately 2,700 maps (covering almost the entire indian subcontinent in the 1:50,000 and 1:250,000 scales) and a photographic archive of over 25,000 images, which have now been digitized and will soon be made available on the Collège de France website.

The Institute of Indian Studies offers excellent access to researchers based in Paris or abroad and all researchers can consult the materials on site. It also offers significant logistical benefits for students and senior researchers. Since becoming part of the Collège de France, it has sought to host external research teams or "guest teams", space permitting. 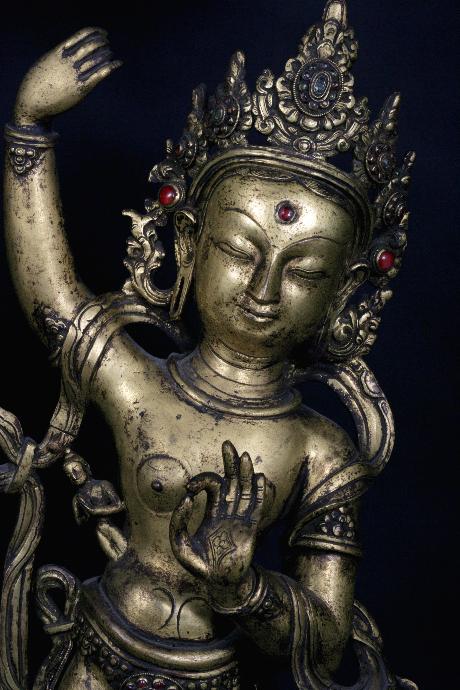 Go to a presentation of the Far East libraries