Shirly Ben-Dor Evian – Egypt and the Levant: From Territorial to Cultural Empire

Ancient Egypt’s cultural impact on the Levant during the Bronze and Iron Ages cannot be overstated. In material culture, it is evident from the monumental to the miniature. In scripture, it manifests itself in the profane as well as in the consecrated. However, while the various Levantine expressions of Egyptian influence are easily recognizable and fairly well-known, the process of cultural transmission is not so easily reconstructed. Intercultural negotiations vary significantly in accordance with the social, political and economic setting of the negotiators, and the diverse settings create fluctuating degrees of transmission which change over time. In the study of Ancient Near Eastern connectivity, some of these processes are more readily available than others.

For example, the transmission process which led to the abundance of Egyptianised and Egyptian-style material culture in Late Bronze Age Canaan is among the most studied aspects of the relations between Egypt and the Levant. The setting for this phenomenon was described as imperial or colonial, therefore allowing for various transmission mechanisms defined as direct contact, encounter and exchange. The Egyptian influence on Canaanite practices of consumption resulted in a wide range of responses typified as emulation, adaptation, acculturation, appropriation, hybridization or creolization.

With the termination of the Late Bronze Age, so also came to its end the imperial or colonial hold of Egypt over the Levant. However, during the Iron Age, Egyptian culture remained influential in parts of the Levant, albeit to a different degree than in the previous era. Egyptian amulets such as scarabs, seals and miniature figurines remained popular throughout the eastern Mediterranean basin. Scribal traditions in Israel and Judah exhibited Egyptian inspirations in biblical texts (Proverbs, Song of Songs) as well as in administrative ones (Samaria ostraca and Judean seals). Iconography maintained close affinities with Egyptian art. All these attest to the fact that exposure to Egyptian culture did not end with the empire, although the nature of the exchange or the transmission process between Egypt and the Levant must have changed significantly.

Quite naturally, in this new, post-imperial setting, complex transmission processes such as direct contact or encounter remain practically invisible in the historical record. Egyptianised and Egyptian-style practices in the Iron Age Levant are therefore described as either the result of post-colonial processes or as the outcome of commercial exchange, both of which are intercultural mechanisms of limited cultural exposure which can not entirely explain meaningful local responses.

An alternative model to accommodate for the Egyptian elements in parts of the Levant during the Iron Age should incorporate theoretical frameworks for cultural interactions that are commonly used with respect to the post-modern world, but are not so common and natural to the Ancient Near East: Globalization and Empire, the latter in its cultural and economic, rather than territorial, sense, as elaborated by Hardt and Negri (Michael Hardt, and Antonio Negri. Empire. Harvard University Press, 2000).

The concept of globalization is not restricted to our era. The ancient Near East enjoyed the fruits of globalization long before our time and the first millennium BCE was certainly a period of great interconnectivity. Within this system, Egypt was a civilization of superior means by any criteria. In the wake of the great empires, between the fall of the Egyptian empire and the conquests of the Assyrian one, Egypt remained the one kingdom of overarching size, stability, economy and monumentality. It is not surprising then, that it dominated the region, even without seizing the territory.

A thorough examination of the socio-political and economic setting of Egypt and its Levantine neighbors during the Iron Age will be the subject of the first lecture, intended to determine the degree of globalization and the validity of the term “Empire” in the description of the relations between the two. The second and third lectures will focus on the impact of this cultural empire as seen through material remains and textual records in Iron Age Israel and beyond. The fourth lecture will deal with an imperial interlude, namely the campaign of Sheshonq I to Ancient Israel, and its impact on Egypt’s stance as a cultural empire. 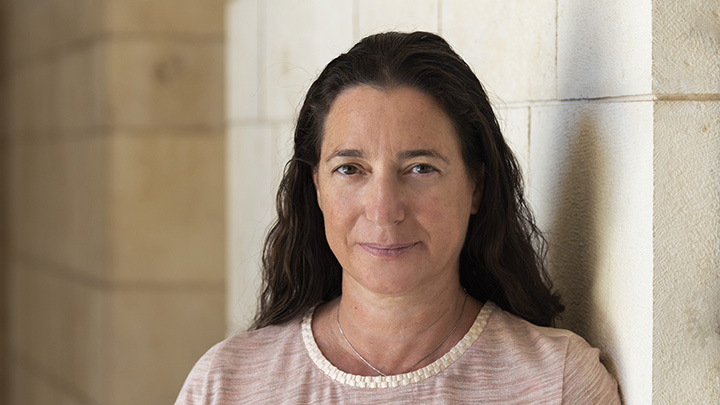 Philistines, Canaanites and Egyptians at the end of the Late Bronze Age

Egypt and the Levant: From Ruler to Influencer

Egypt in the Hebrew Bible: Friend or Foe?

Shishak I: A Pharaoh of Biblical Proportions

Shirly Ben-Dor Evian – Egypt and the Levant: From Territorial to Cultural Empire