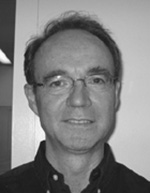 Patrick Bolton is the "Barbara and David Zalaznick" Professor of Business at Columbia University. He is a codirector of the Center for Contracts and Economic Organization at the Columbia Law School, a past President of the American Finance Association, a Fellow of the Econometric Society (elected 1993), the American Academy of Arts and Sciences (elected 2009), and a Corresponding Fellow of the British Academy (elected 2013). He is also a Research Associate of the National Bureau of Economic Research, a Research Fellow of the Center for Economic Policy Research, and a Fellow of the European Corporate Governance Institute. His areas of interest are in Contract Theory, Corporate Finance, Corporate Governance, Banking, Sovereign Debt, Political Economy, Law and Economics and Sustainable Investing. He has written a leading graduate textbook on Contract Theory with Mathias Dewatripont, MIT Press (2005); edited The Economics of Contracts, Edward Elgar Publishing Inc. (2008); and co-edited, Credit Markets for the Poor with Howard Rosenthal, Russell Sage Foundation (2005); Sovereign Wealth Funds and Long-Term Investing, with Frederic Samama and Joseph E. Stiglitz, Columbia University Press (2011); and Coping with the Climate Crisis: Mitigation Policies and Global Coordination, with Rabah Aretzki, Karim El Aynaoui and Maurice Obstfeld, Columbia University Press, 2018.