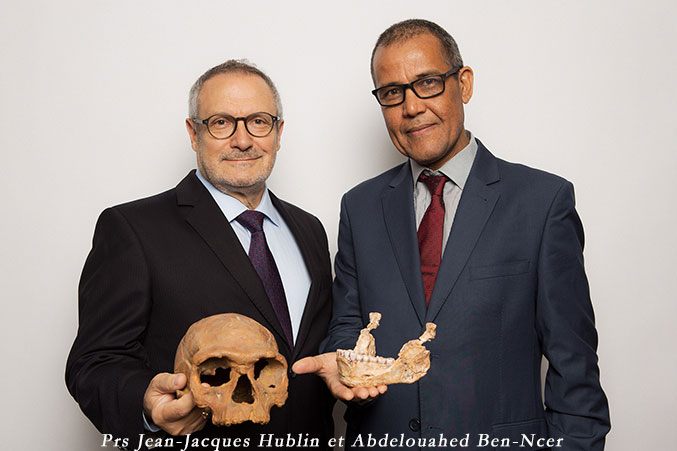 New finds of fossils and stone tools from the archaeological site of Jebel Irhoud, Morocco, push back the origins of our species by one hundred thousand years and show that by about 300 thousand years ago important changes in our biology and behaviour had taken place across most of Africa.

An international research team led by Jean-Jacques Hublin of the Max Planck Institute for Evolutionary Anthropology (Leipzig, Germany) and Abdelouahed Ben-Ncer of the National Institute for Archaeology and Heritage (INSAP, Rabat, Morocco) uncovered fossil bones of Homo sapiens along with stone tools and animal bones at Jebel Irhoud, Morocco. The finds are dated to about 300 thousand years ago and represent the oldest securely dated fossil evidence of our own species. This date is 100 thousand years earlier than the previous oldest Homo sapiens fossils. The discoveries reported in two papers in the June 8th issue of the journal Nature by Hublin et al. and by Richter et al. reveal a complex evolutionary history of mankind that likely involved the entire African continent.