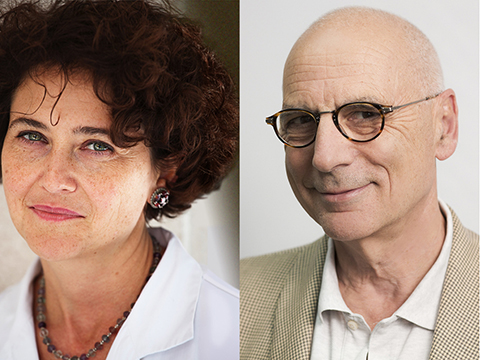 During the symposium entitled "Migrations, Refugees, Exile" at the Collège de France, Thierry Mandon, Secretary of State for Higher Education and Research, announced the launch of a program to welcome scientists in danger.

In addition to links with higher education institutions and bodies, and in partnership with business and civil society, the program will also be supported by a sponsorship committee, whose creation has been entrusted by Thierry Mandon to Edith Heard and Alain Prochiantz, professors at the Collège de France.

In an article published on LePoint.fr, the first members of the Sponsorship Committee explain the reasons for their involvement.

France can welcome scientists in danger!

The phenomenon that Europe is currently witnessing, often referred to as the "refugee crisis", is without doubt first and foremost a crisis for Europe and its values and the academic world cannot fail to react. While several initiatives have already highlighted the value of research on these migratory movements, it is also necessary to pay attention to the migrants themselves. Many of them - especially those from Syria - have higher education qualifications, and some are even researchers or teacher-researchers. Initiatives have already worked to open access to higher education for young refugees or asylum seekers who have been prevented from or unable to finish their studies. But hosting researchers and teacher-researchers remains a weak link in the initiatives carried out thus far in France. The only organized efforts have been instigated by scientific communities specialized in the geographical areas affected (specialists on Syria or the Middle East more generally, especially in the fields of archeology or ancient studies), most often by freeing up a part of the existing research allocations from short-term budgets to fund the research and hosting of such colleagues. However, supporting researchers in exile is far more than a necessary demonstration of solidarity for colleagues in danger, it is a resource which brings knowledge and expertise. Historical examples show the intellectual benefits of a mass influx of researchers: Stanford Economist Petra Moser has proved that welcoming over 133,000 Jewish immigrants from Germany between 1933 and 1944, many of whom had a high level of education, led to a 31% increase in the number of patents filed in the United States. The project to welcome researchers in exile must therefore be seen not only as an opportunity for the individuals in question, but also for France. While it is primordially a moral duty, the consequences from a scientific point of view could also be fruitful.

It appears that solutions have been put in place in other Western countries to deal with the situation. From Scholars at Risk currently hosted by New York University by the Philipp Weitzmann initiative launched by the German Humboldt Foundation, to the Cara (The Council for at Risk Academics) in the UK, or the Scholars Rescue Fund, programs have been put in place, sometimes reviving initiatives created in the first half of the 20th century, to welcome and integrate scientists. It is important that France shows it is capable of meeting today's challenges and is worthy of its status as a key nation for research by creating a welcome initiative for researchers in danger. This will not only provide human and scientific benefits in the short term, but also prepare the ground for the social and academic reconstruction of these countries in the future. The sciences, pure sciences, life sciences, humanities and social sciences can provide a response to obscurantism. Encouraging their development is one of the strongest signs of a society which has confidence in its values and its future with no fear for those who think differently. This is why we must support threatened professors, welcome them among us and work together to strengthen the scientific knowledge that the world needs.

On October 13, Secretary of State Thierry Mandon announced the creation of a national program to help scientists in danger during the fall symposium at the Collège de France entitled "Migrations, Refugees, Exile". We hope to support the creation of this necessary initiative by assembling the sponsorship committee.