Christine Petit honored with the Kavli Prize in Neuroscience 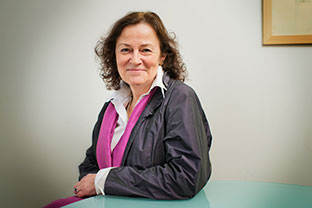 The Collège de France and the Pasteur Institute are proud to announce that The Norwegian Academy of Science and Letters awarded Christine Petit, head of the Genetics and Cellular Physiology chair, with the Kavli Prize in neuroscience for her work about molecular and neuronal mechanisms of hearing. This award, presented every two years, consists of $1 million (U.S.) which will be shared among Christine Petit and two other world-famous researchers: A. James Hudspeth (Rockefeller University, U.S.) and Robert Fettiplace (University of Wisconsin, U.S.). The award ceremony will take place in Oslo at the fall of 2018.

About the Kavli Prize

The Kavli Prize is a partnership between The Norwegian Academy of Science and Letters, The Kavli Foundation (U.S.), and The Norwegian Ministry of Education and Research. It is named after Fred Kavli, a Norwegian-born U.S. philanthropist and founder of The Kavli Foundation.
First awarded in 2008, the Kavli Prizes recognize scientists for pioneering advances in our understanding of existence at its biggest, smallest, and most complex scales. Presented every two years in the fields of astrophysics, nanoscience and neuroscience, each of three international prizes consists of $1 million (U.S.).